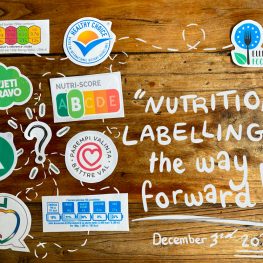 “With the adoption of its Farm to Fork strategy in May 2020, the European Commission confirmed its intention to propose mandatory, front-of -pack (FOP) nutrition labelling in the EU.  According to the current rules, the mandatory information to provide by a nutritional labelling (not necessarily Front of pack) are product’s energy value and the amounts of fat, saturates, carbohydrates, sugars, protein and salt contained per 100 grams (if the product is solid) or 100 ml (if it is liquid). Beyond this, all national labelling schemes must be voluntary and the industry driven ones need to guarantee transparency. The most widely applied FOP label is the industry-driven reference intake.

The task to find a simple and intuitive way to provide additional nutrition information is therefore not an easy one; on one side the single market requires consistency and harmonisation when it comes to consumer information, on the other side the EU’s rich and diverse culinary culture includes diets and approaches to food that can differ from one country to the other.

In addition, it is important that labelling schemes  stimulate industry to innovate and avoid that the urgent need to make it easy for consumers clashes  risks of demonise and discriminate certain products. The proposal is due for 2022 but a heated debate on possible options has been going on already, since few years. The UK first introduced a voluntary FOP “traffic light” system in 2013, France published its own proposal in 2017, based on a combined colour-and-grade scheme ranging from green (grade A) to red (grade E). The system, called Nutriscore, has gained some traction recently as Belgium, Netherlands, Germany, Luxembourg and Spain announced plans to adopt the scheme on a voluntary basis.  Others  countries like Italy, Greece, Czech Republic, Romania, Latvia, Hungary and Cyprus have laid out principles for the development of an EU harmonized scheme. Italy has proposed its own monochrome system called Nutrinform. Finally, some of the Nordic countries are using since years the Keyhole label  which is very much recognised by consumers.

The European Food Forum debate will dissect various views and options on the table in Europe, starting with the European Commission, then hearing the perspective of Academia and Science, Consumer organisations, Food supply chain operators and – very importantly – conclude with perspective from Member States. The key will be to understand how the European Commission can mediate such disparate views for the benefit of EU consumers.” 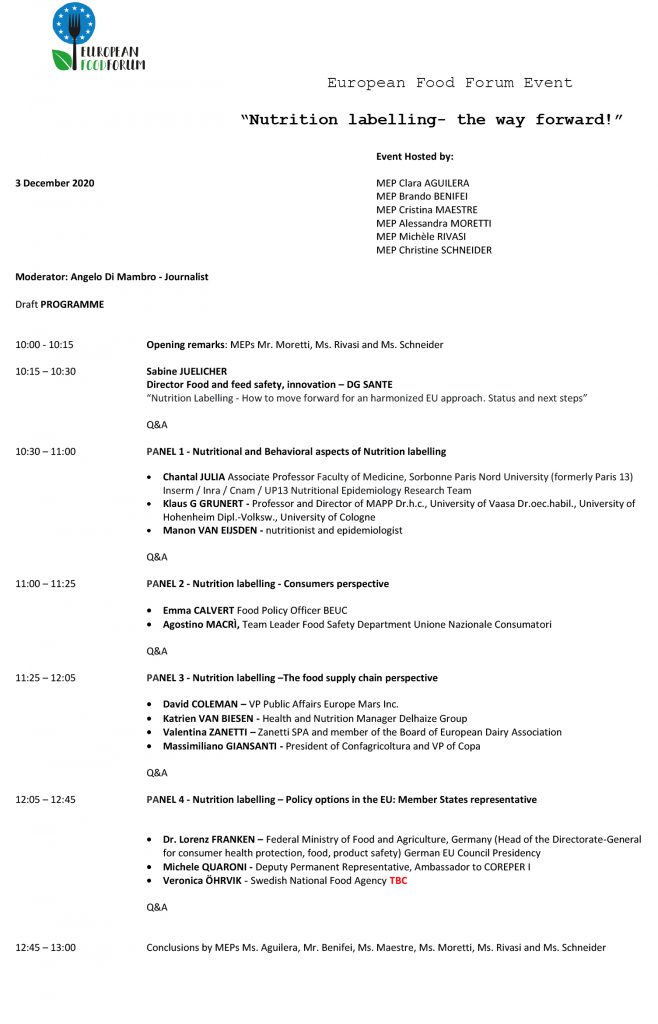 10. European research and innovation for the Agri Food Sector beyond 2020